Solo: A Star Wars Story is in theaters and Hot Toys has just revealed their take on Alden Ehrenreich’s portrayal of the young Han Solo. Hot Toys has captured the younger Solo just as he has joined Tobias Beckett’s crew and he’s in his furry coat. The details are impressive as are most creations by Hot Toys. The figure retails at $243 and will be available July 2019-Sept 2019. 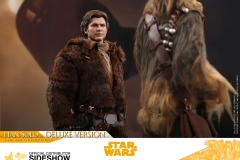 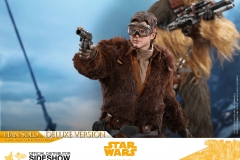 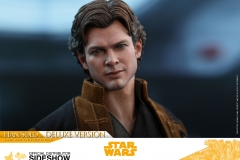 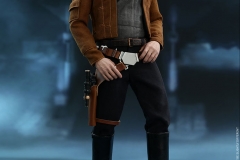 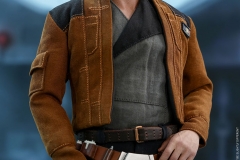 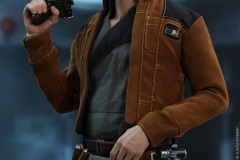 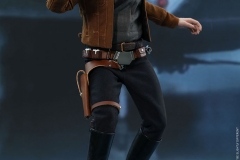 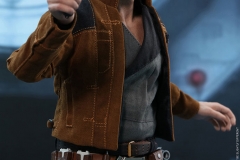 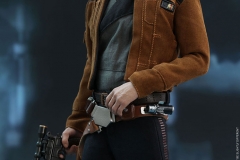 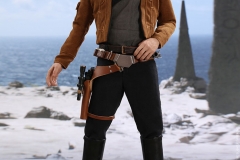 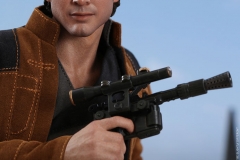 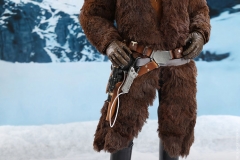 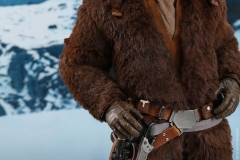 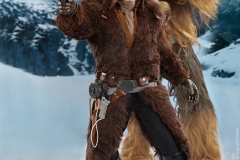 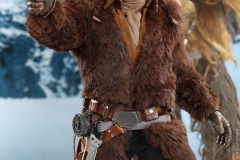 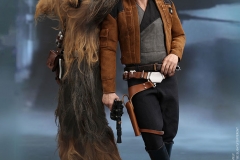 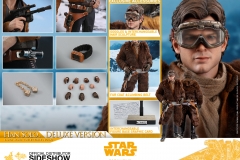 ABOUT THIS SIXTH SCALE FIGURE
“I’ve waited a long time for a shot like this.” – Han Solo

The newest chapter of the Star Wars saga is unfolding in Solo: A Star Wars Story! Fans will finally learn the past of the galaxy’s most beloved scoundrel – Han Solo.

Times were tough under Imperial rule. Han, a street thief, worked for a notorious gang on Corellia, stealing goods and cutting deals on behalf of an ill-tempered crime boss. Through a series of daring escapades deep within a dark and dangerous criminal underworld, Han Solo meets his mighty future copilot Chewbacca and encounters the notorious gambler Lando Calrissian, in a journey that will set the course of one of the Star Wars saga’s most unlikely heroes.

The highly-accurate collectible figure is specially crafted based on the appearance of Han Solo from Solo: A Star Wars Story. It features a newly developed head sculpt with a striking likeness, a meticulously tailored outfit with a brown-colored suede-like jacket, the iconic blaster pistol, and an assortment of accessories including the symbolic gold-colored lucky dice, a wristwatch, a communicator and a specially designed figure stand.

The Deluxe Version will exclusively feature Han Solo’s outfit on the planet of Vandor including a pair of goggles, a fur overcoat, and a climbing belt!

Star Wars fans, be sure to pick up the most beloved scoundrel in the galaxy for your next wild adventure with the Millennium Falcon!