Spider-Man will be appearing as the Tony Stark designed Iron Spider in the Avengers: Infinity War film and Hot Toys has captured that illustrious moment with a sixth scale figure! In case you didn’t know, the Iron Spider is a more effective suit to combat the intergalactic nemesis of Thanos. The Iron Spider suit was also revealed in Spider-Man’s last cinematic appearance Spider-Man: Homecoming which starred Tom Holland as the spectacular web slinger. The figure will be available from April 2019-June 2019 and will retail for $259. 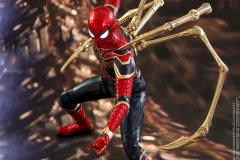 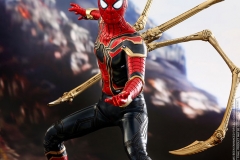 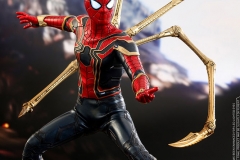 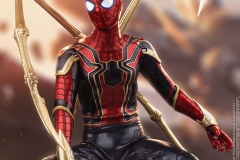 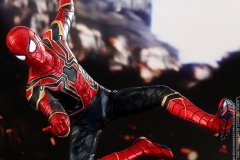 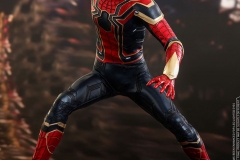 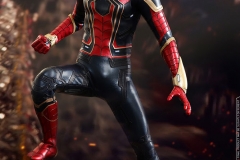 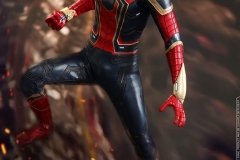 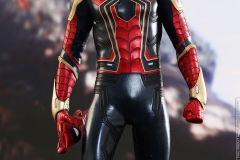 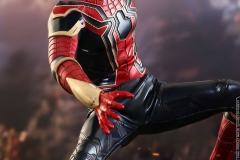 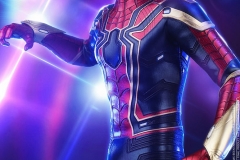 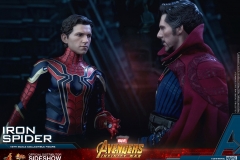 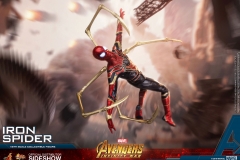 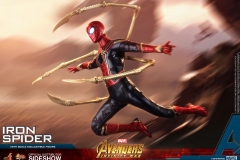 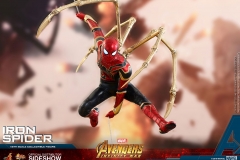 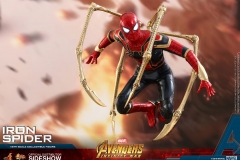 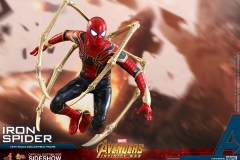 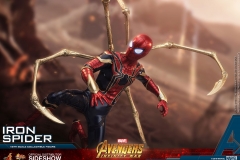 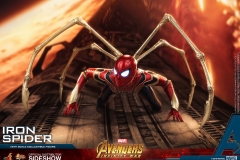 “Oh, we’re using our made-up names? In that case, I am Spider-Man.”

This changes everything. The friendly neighborhood Spider-Man will have to use his wit, strength, and Spider-Sense to help the other heroes stop the warlord from enacting his master plan to collect all the powerful Infinity Stones.

The Marvel Cinematic Universe has led up to the massive battle in the blockbuster film Avengers: Infinity War. Sideshow and Hot Toys are thrilled to present the Iron Spider Sixth Scale Collectible Figure.

Power up your entire Marvel Cinematic Universe collection with this young Spidey in his new suit from Avengers: Infinity War!

An authentic and detailed likeness of Iron Spider in Avengers: Infinity War

Twelve (12) pieces of interchangeable hands including: