Loki has returned in the form of a Hot Toys Sixth Scale Figure. Hot Toys has perfectly captured the likeness of the perpetual trickster as he appeared in the Thor: Ragnarok film. The Loki figure perfectly captures Tom Hiddleston’s likeness with stunning detail and can be pre-ordered for an April-June 2019 release date. The retail price of Loki is US $243.00. 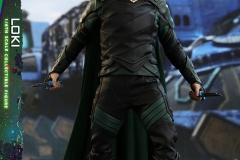 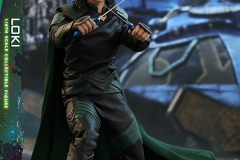 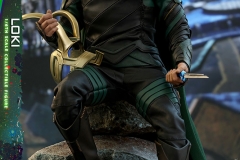 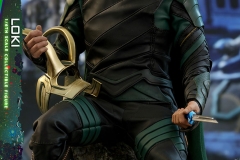 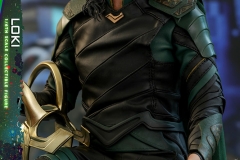 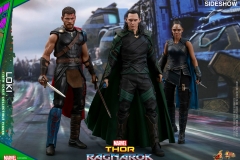 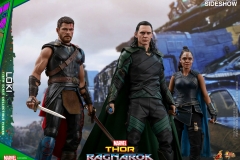 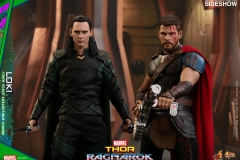 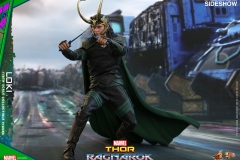 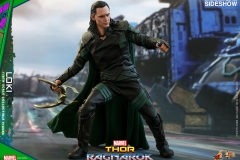 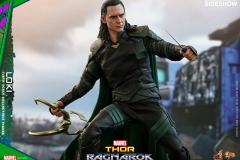 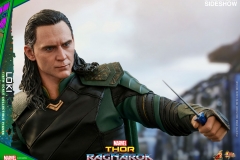 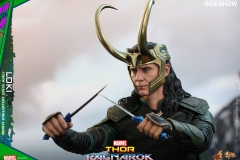 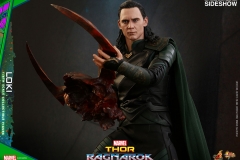 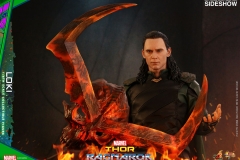 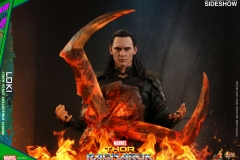 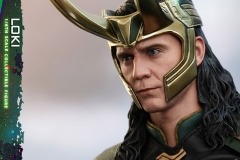 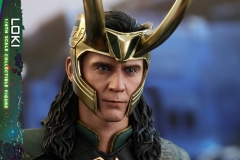 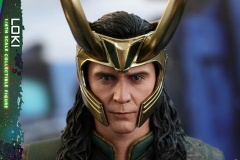 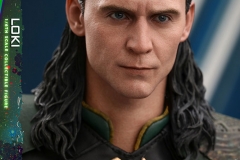 ABOUT THIS SIXTH SCALE FIGURE
“Your savior has arrived!”

Marvel Studios’ Thor: Ragnarok has topped box offices around the world and received numerous acclaim from audience and critics worldwide! Being portrayed as a villain in the past, the God of Mischief – Loki is returning to unite with his brother, the God of Thunder Thor to fight against the dangerously powerful Hela in order to save their home and the people of Asgard.

Fans have been anticipating the reveal of a new collectible figure of this particular character and Sideshow and Hot Toys are delighted to officially present the new sixth scale Loki collectible figure from the Marvel Studios blockbuster Thor: Ragnarok.

Sophisticatedly crafted based on the appearance of Tom Hiddleston as Loki in the movie, the collectible figure features a newly developed head sculpt with astonishing likeness, brand new leather-like costume with green colored cape, Loki’s iconic helmet, an array of weapons and accessories which include two highly detailed daggers, the Tesseract, a Surtur’s skull with fired up effect, and a specially designed figure stand.

Don’t pass up on the opportunity to add this important and beloved character in the Marvel Cinematic Universe to your collection!

One (1) Loki’s gold helmet (wearable to the head sculpt)
One (1) Tesseract with base
One (1) translucent orange colored Surtur’s Skull
Specially-designed figure stand with character nameplate and the movie logo
ADDITIONAL DETAILS & DIMENSIONS
Expected to Ship
Apr 2019 – Jun 2019
Item shown is a prototype. When shipped, the final production piece may differ in appearance.