Luke Skywalker appears as Ken Burns in this sixth scale figure by Hot Toys. Everyone knows that this isn’t Luke’s true final appearance and hopefully this figure will be retconned into something better when The Last Jedi is edited by the fans. I kid of course, as that single-minded joke never gets old. Luke Skywalker (Crait) retails for $235 US and will be released from October 2019-December 2019. 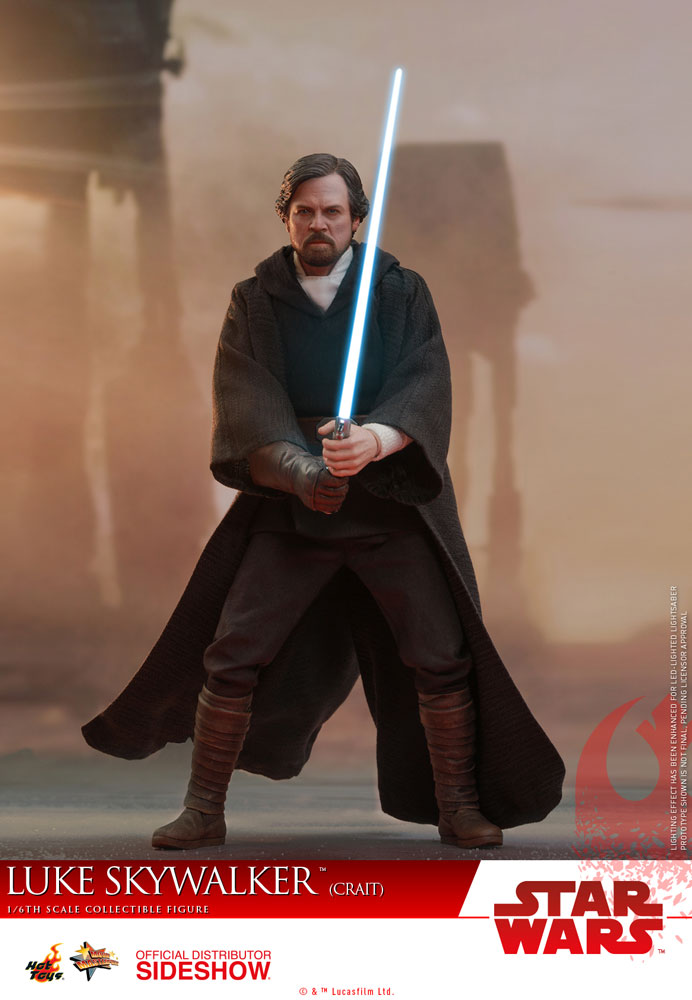 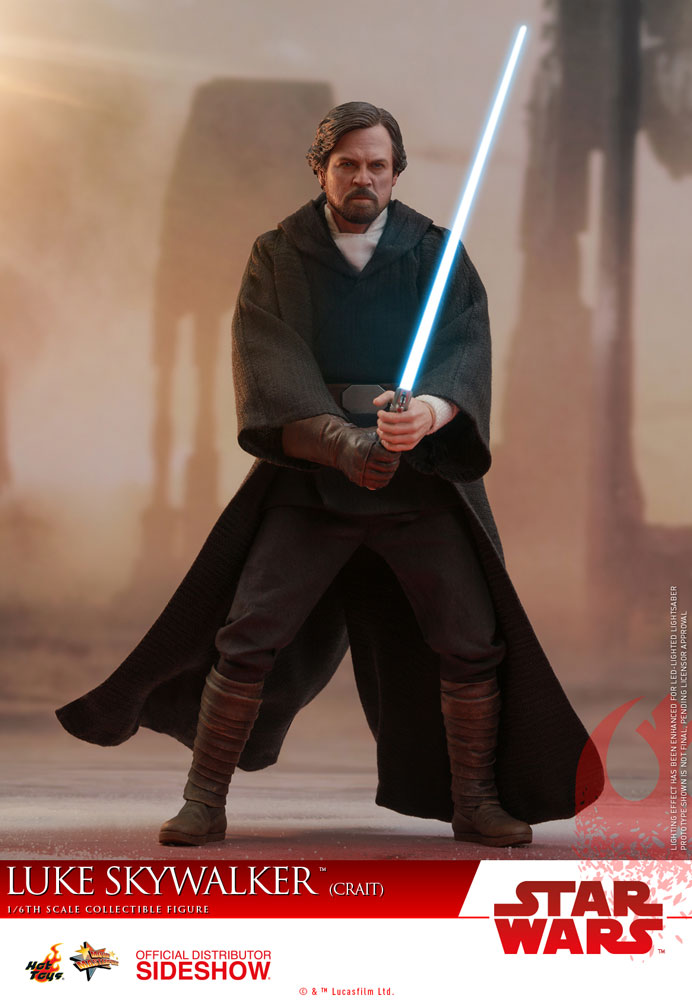 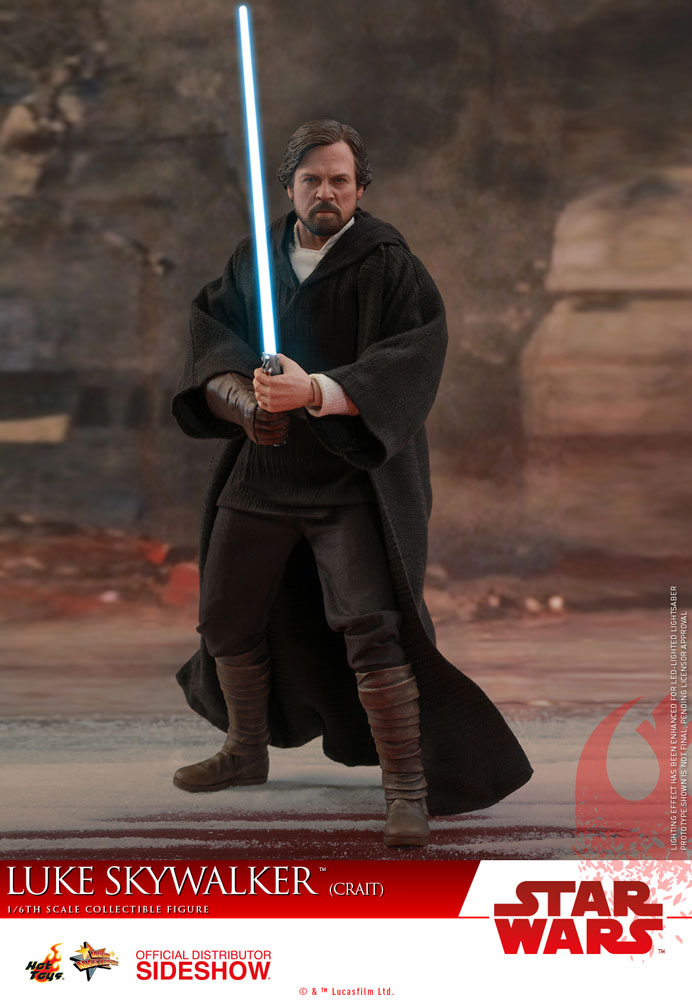 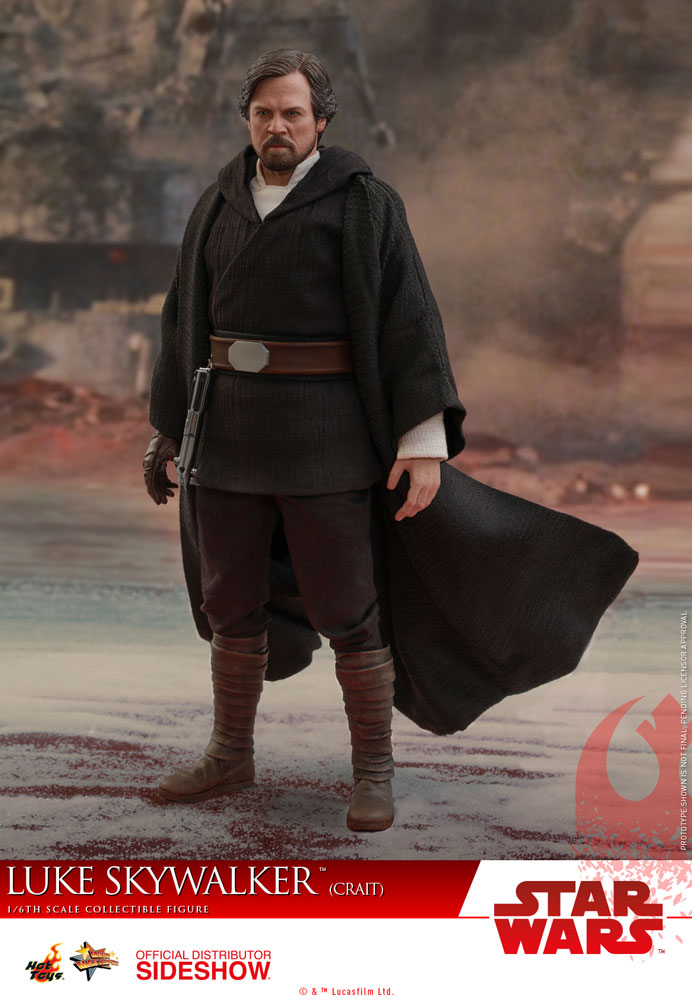 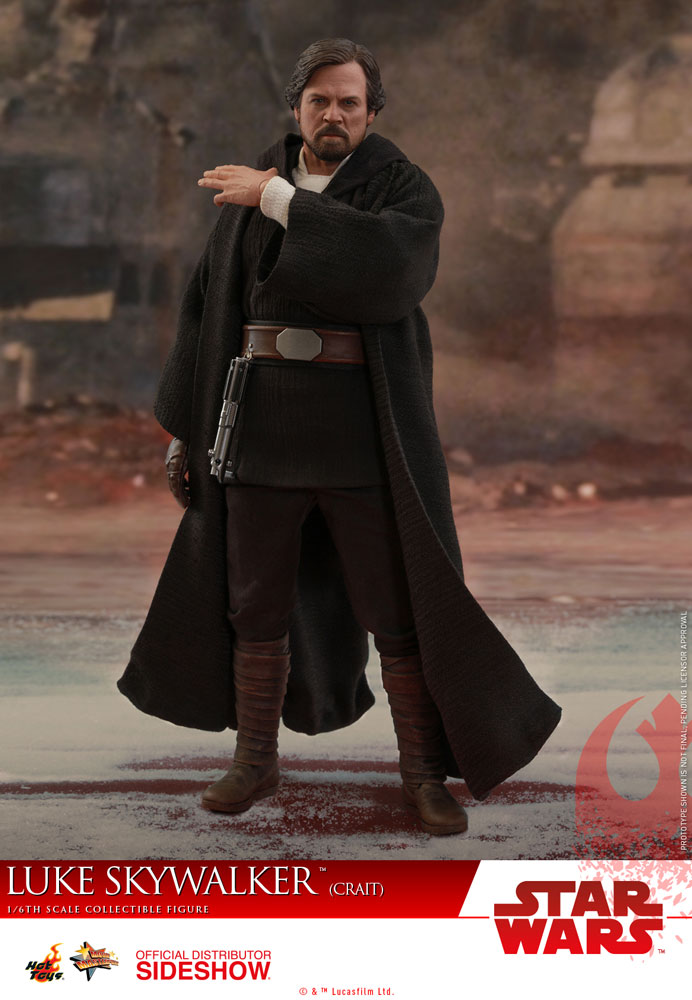 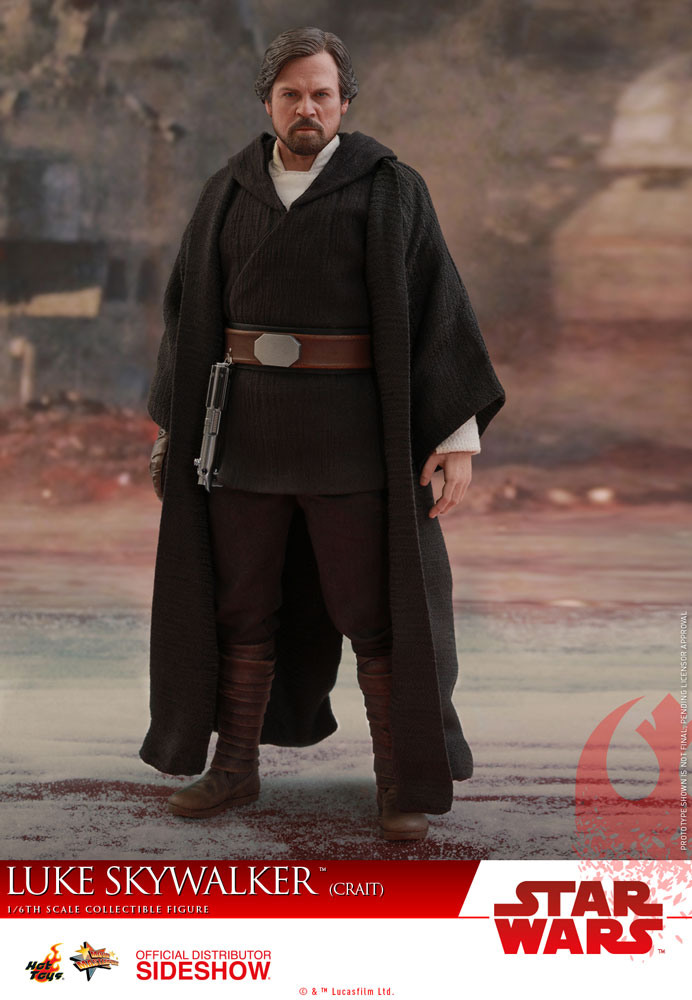 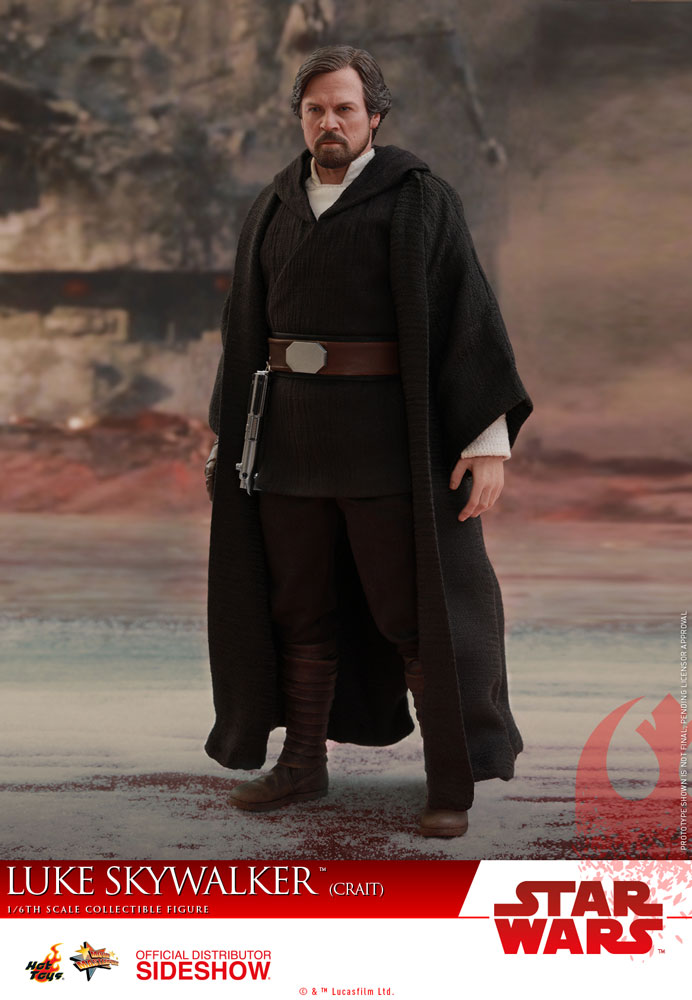 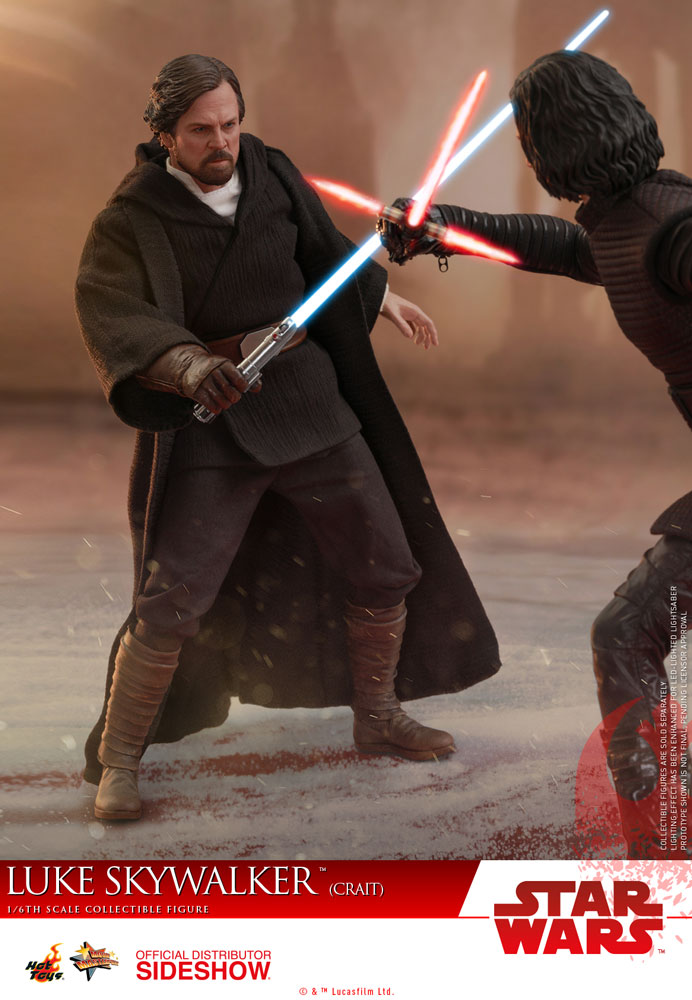 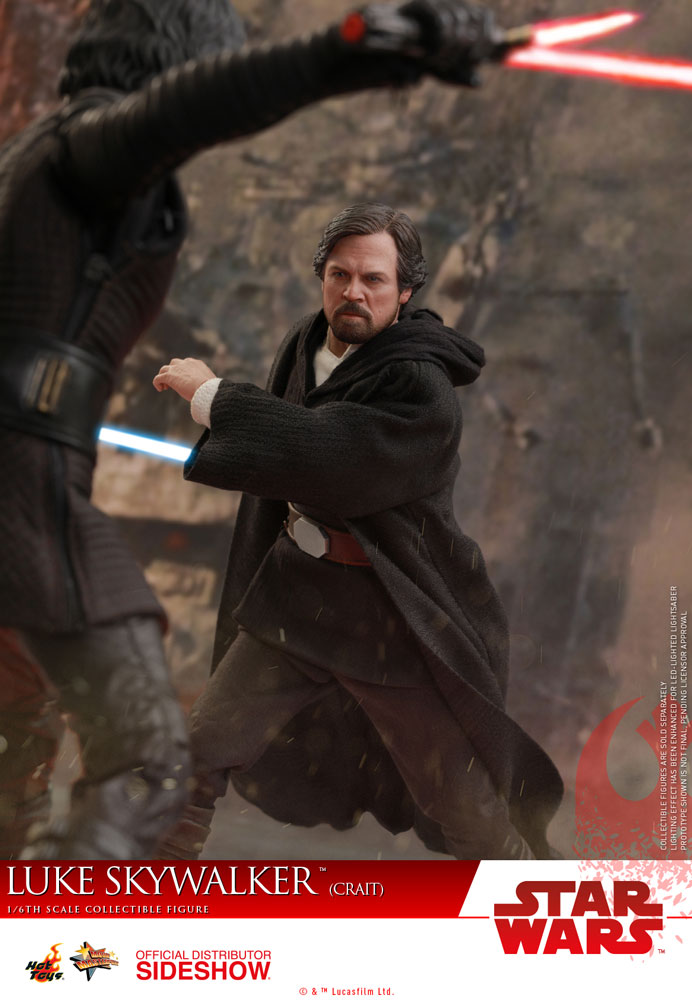 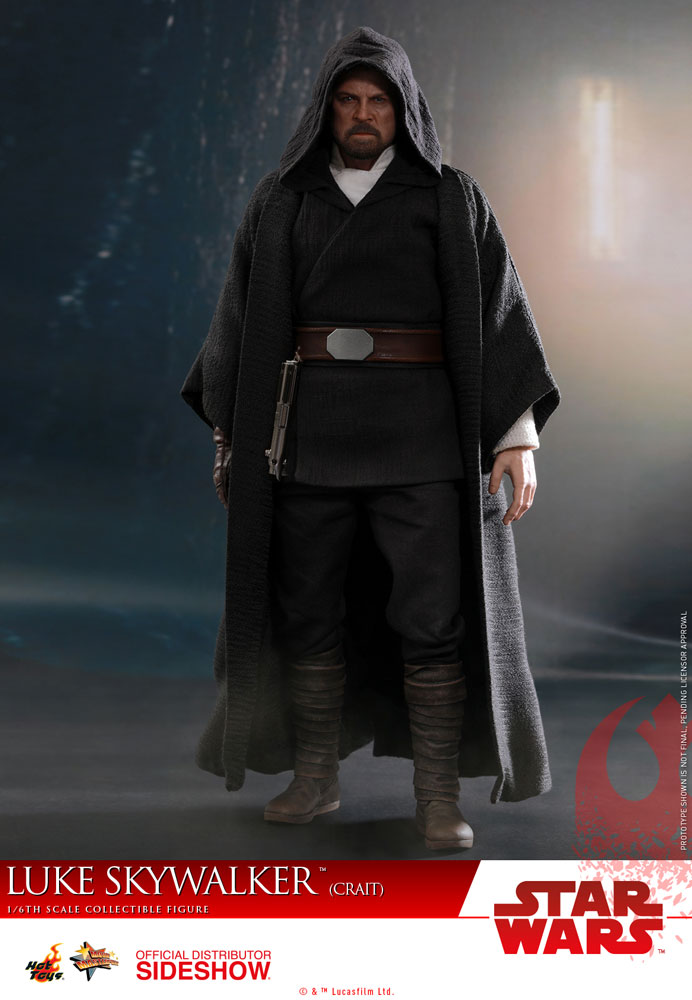 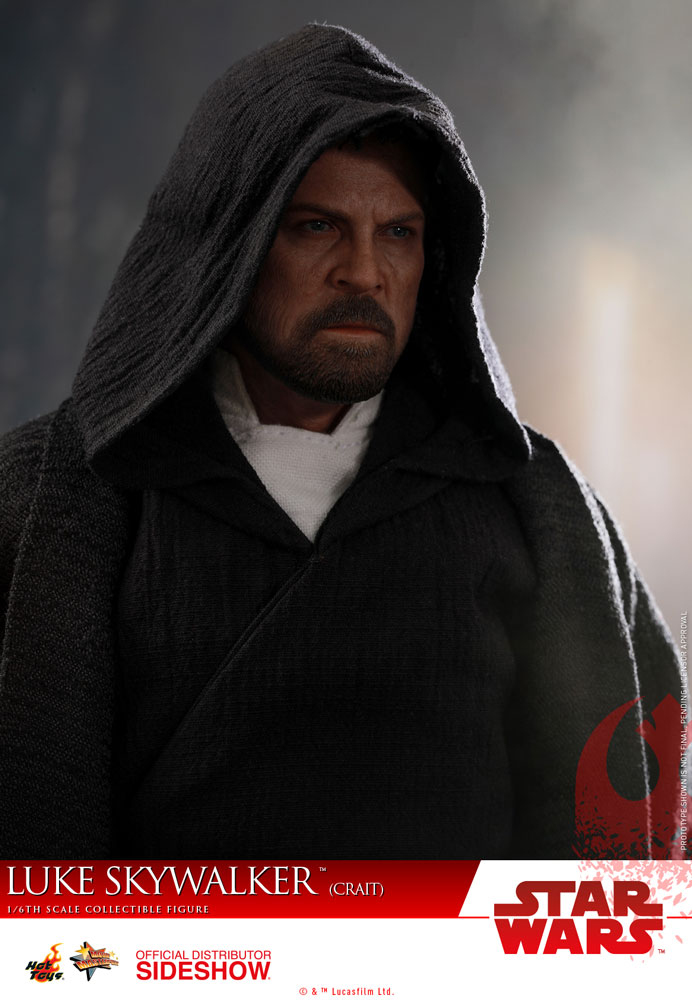 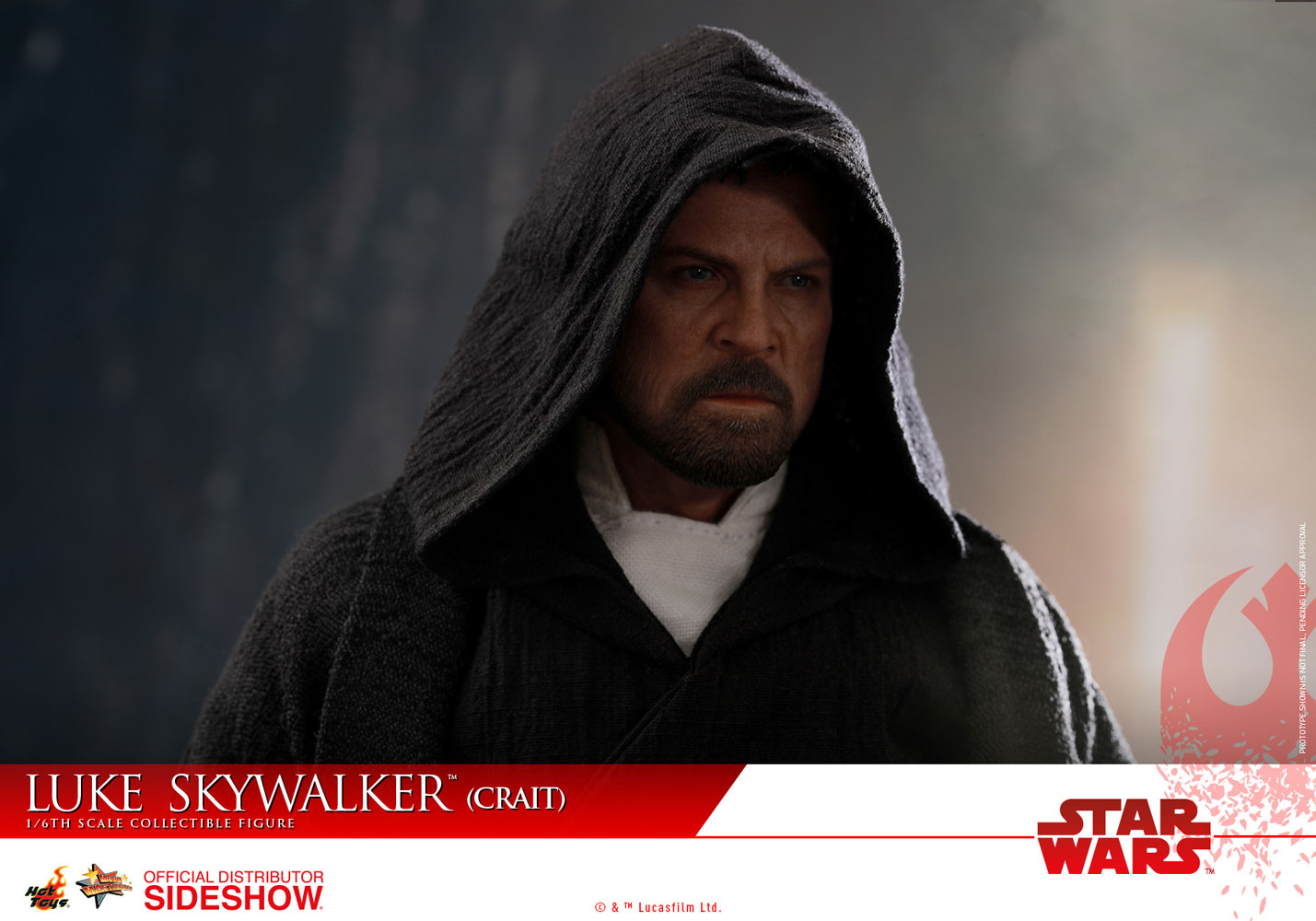 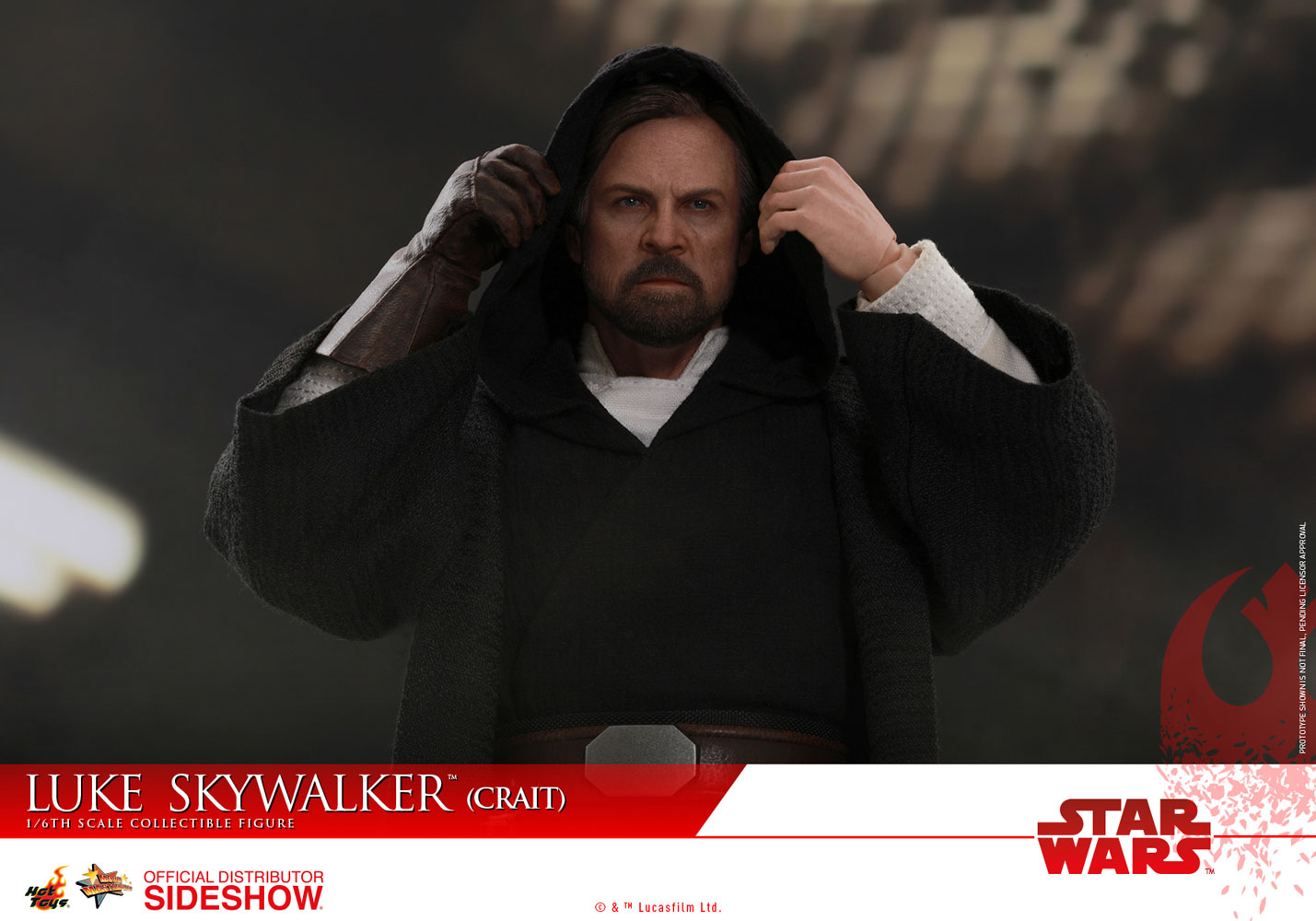 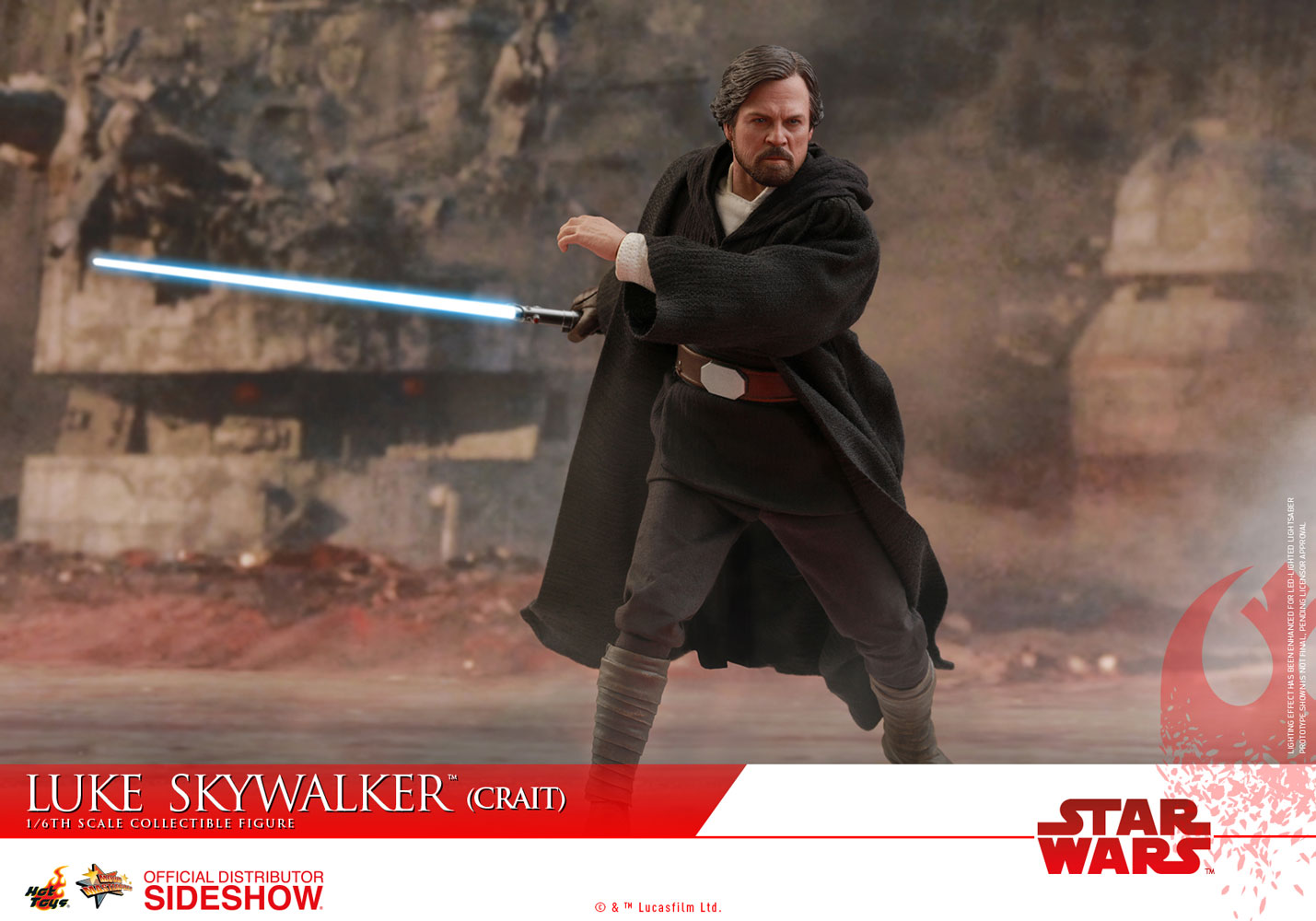 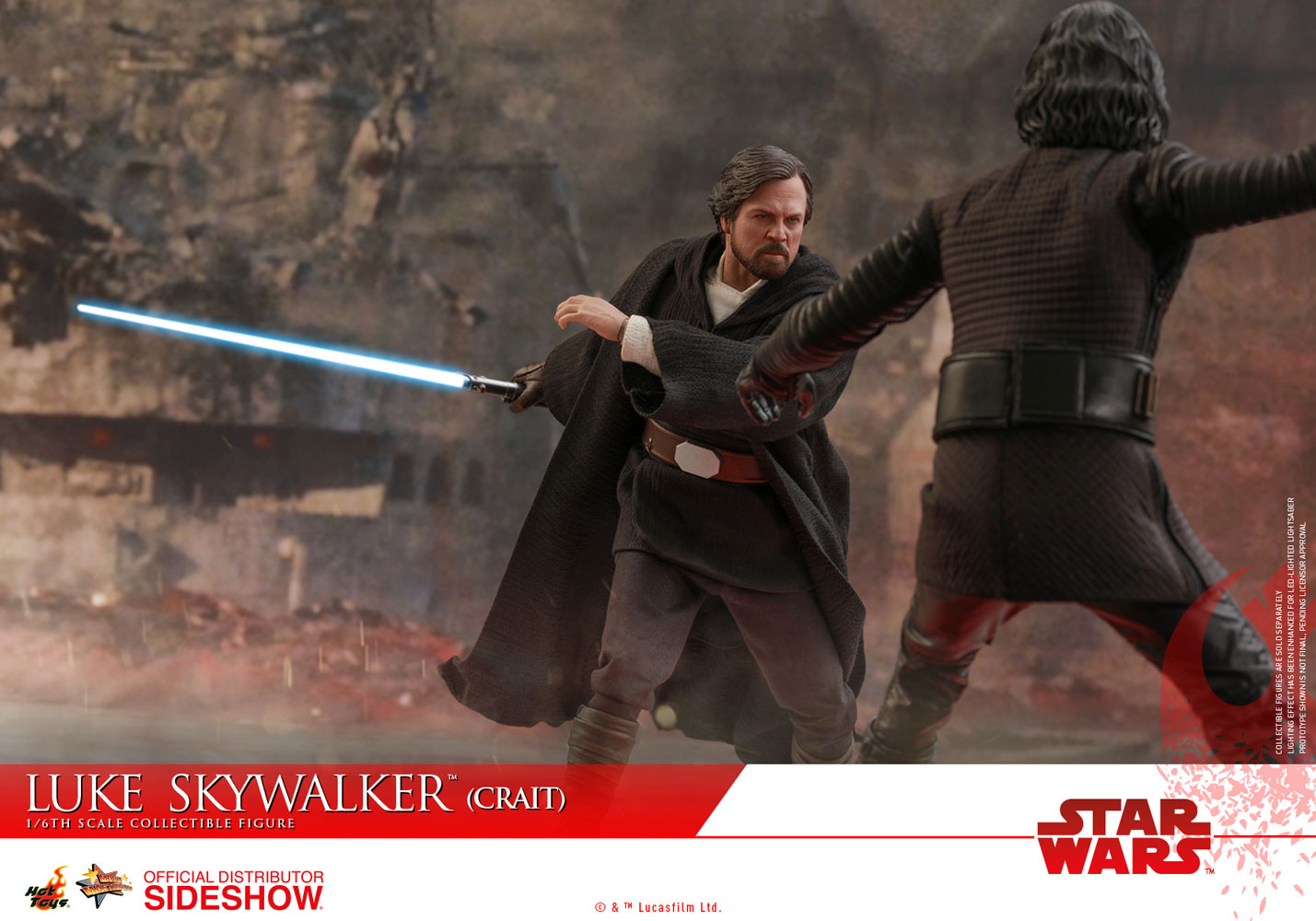 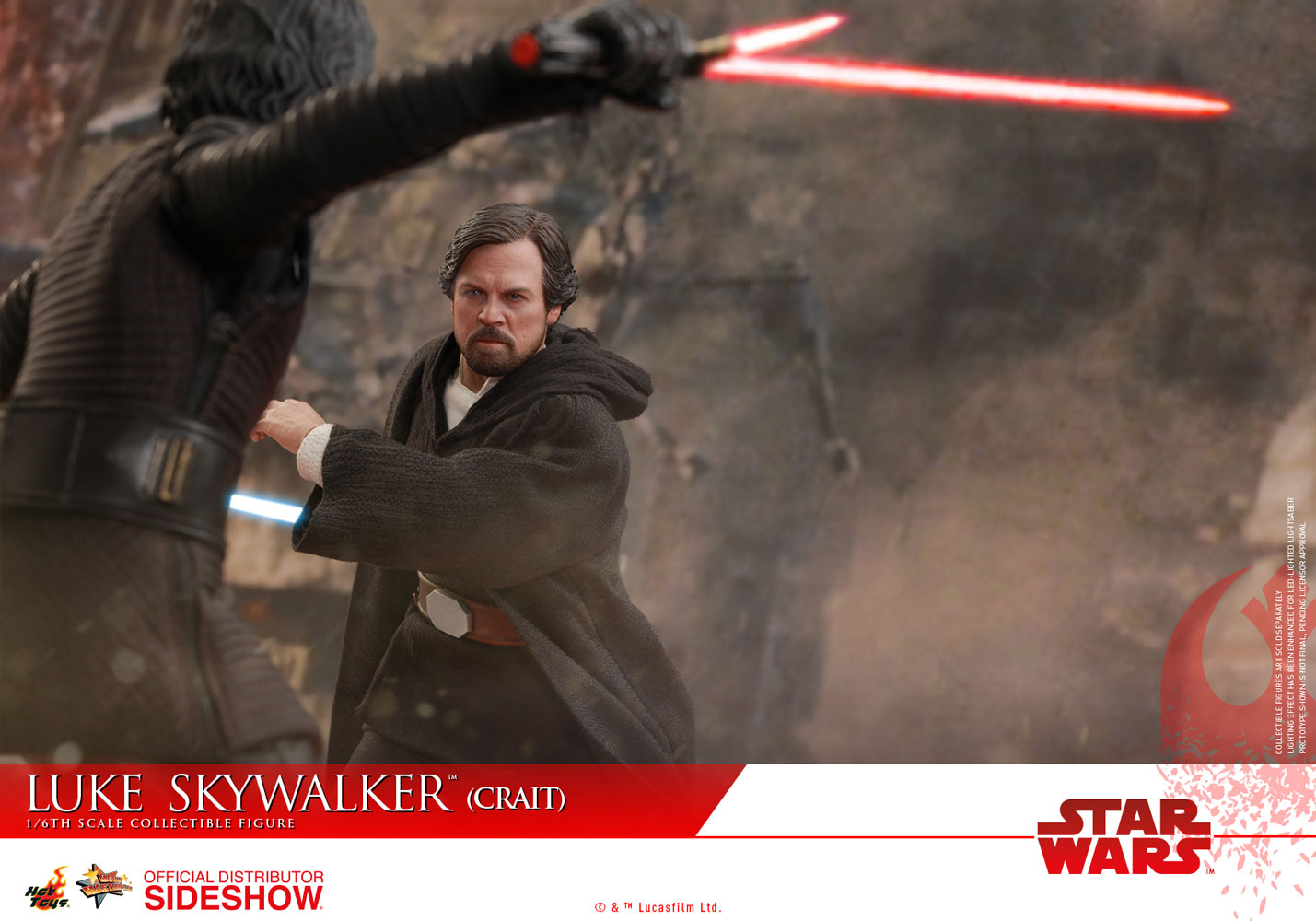 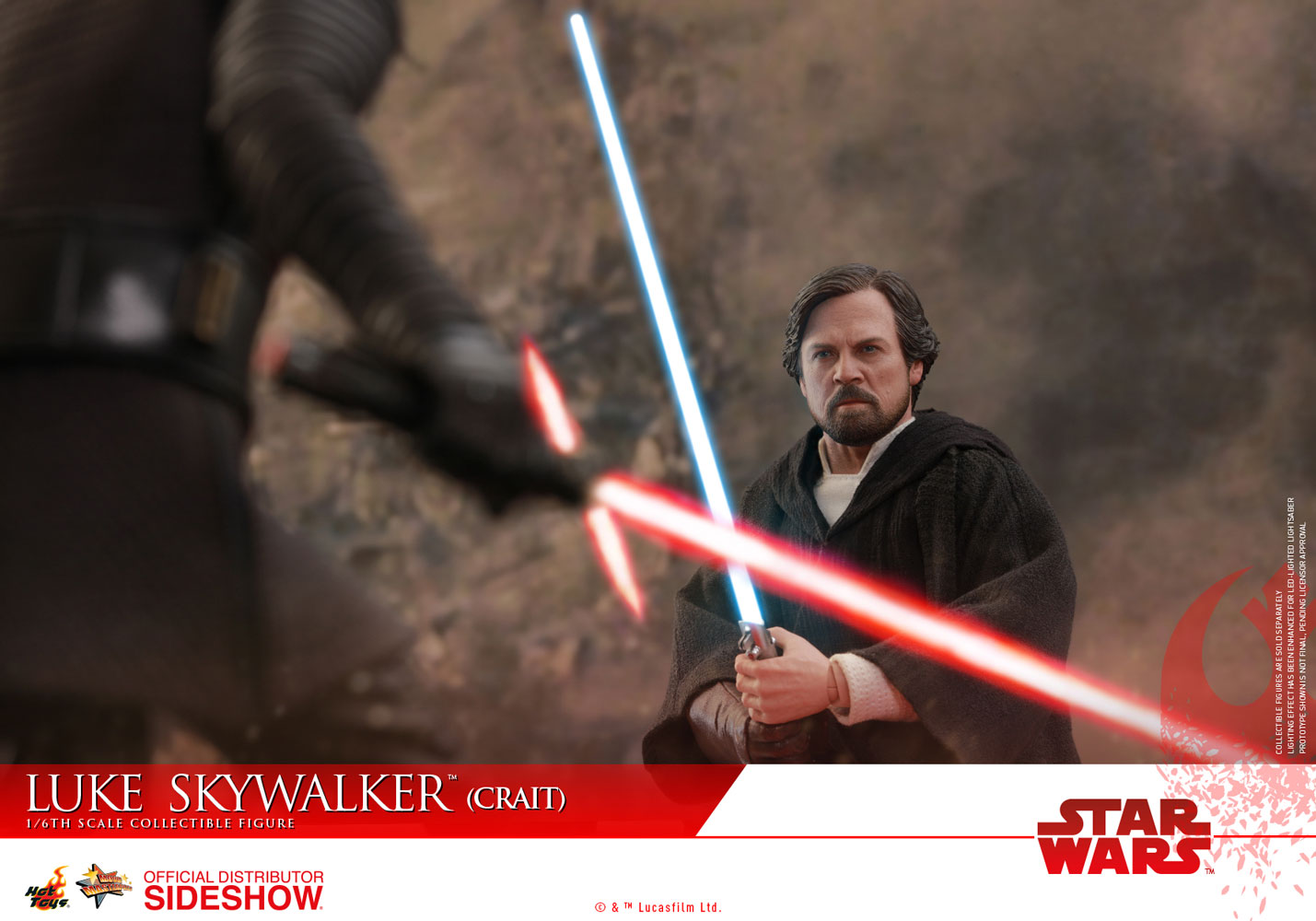 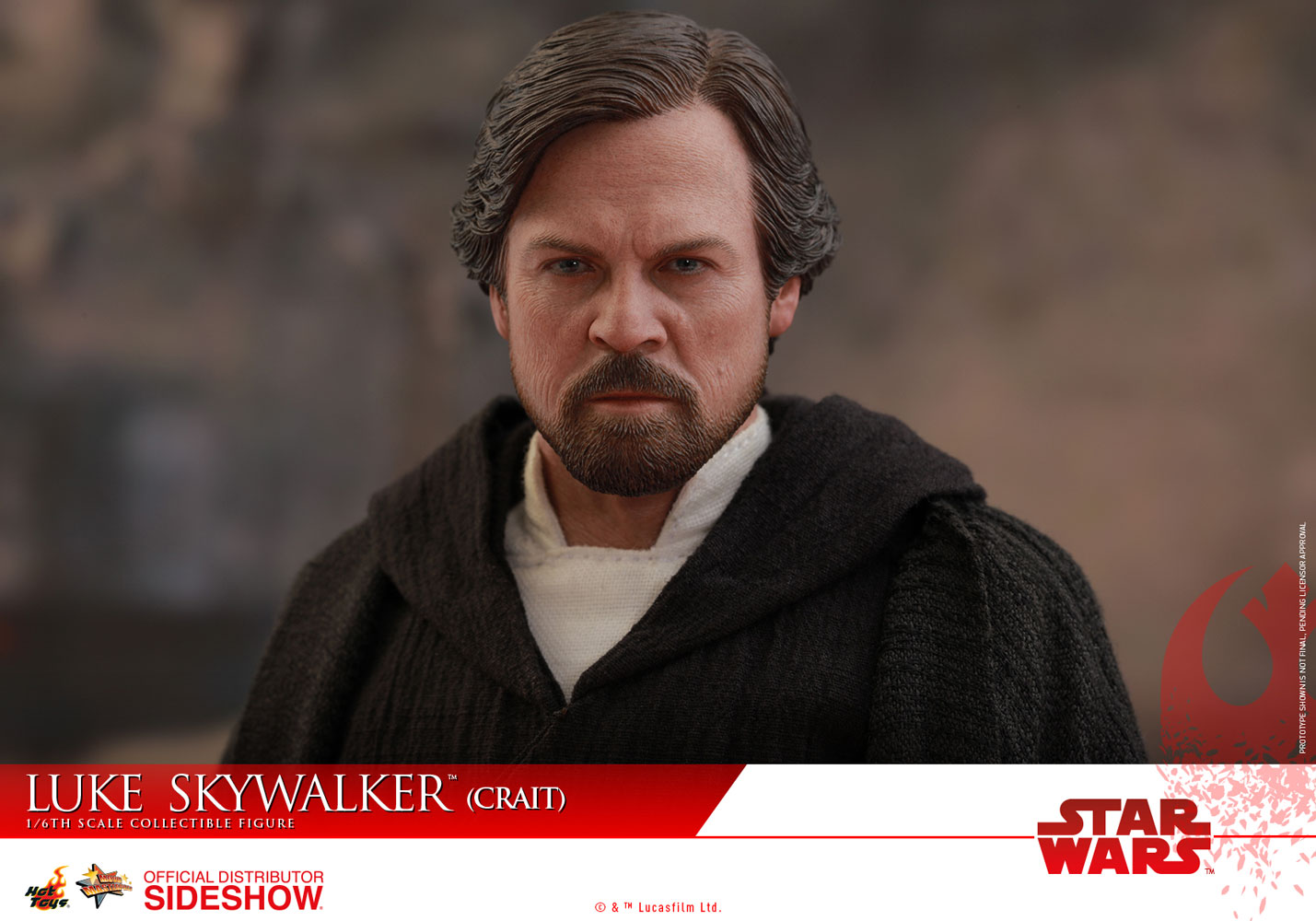 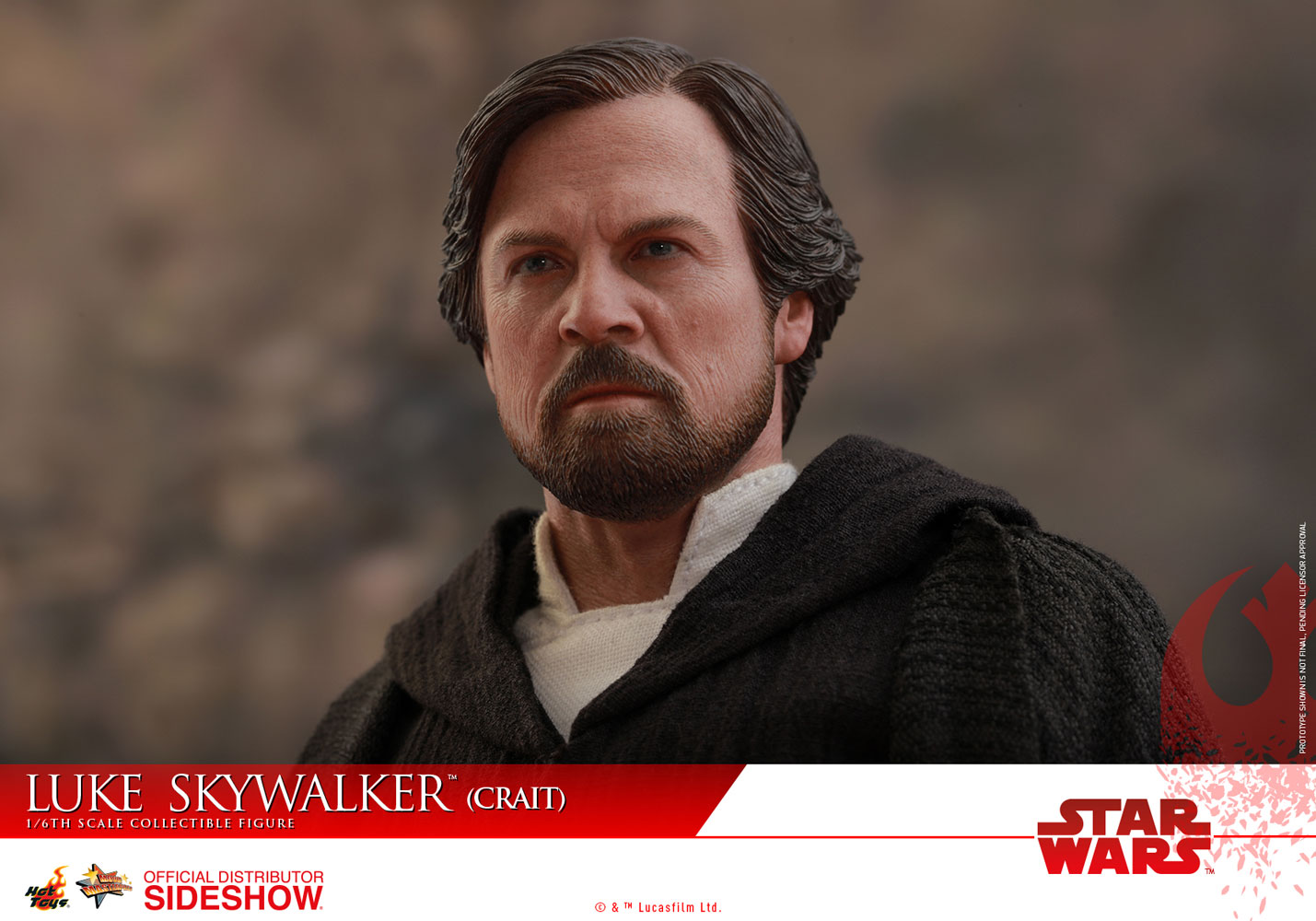 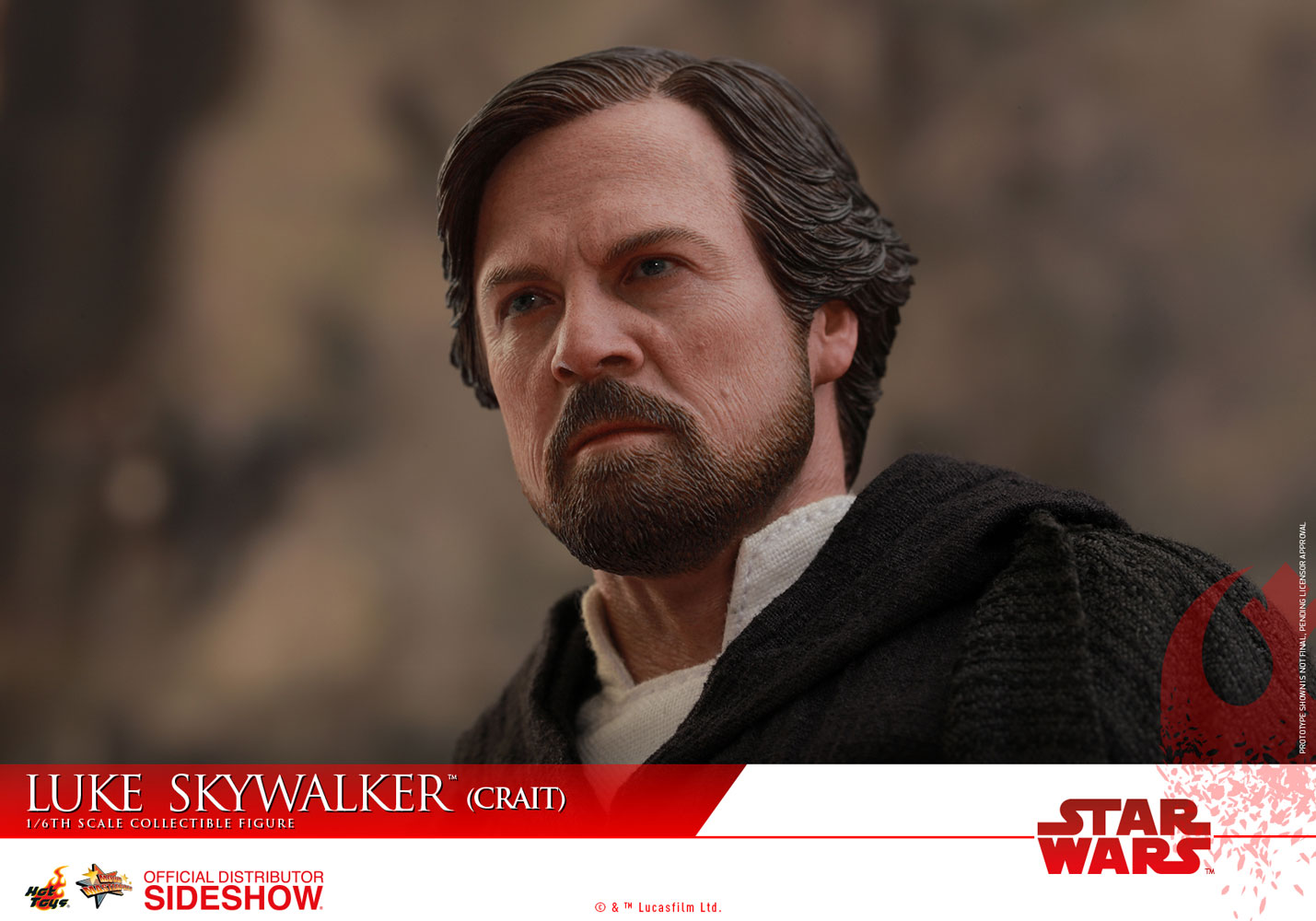 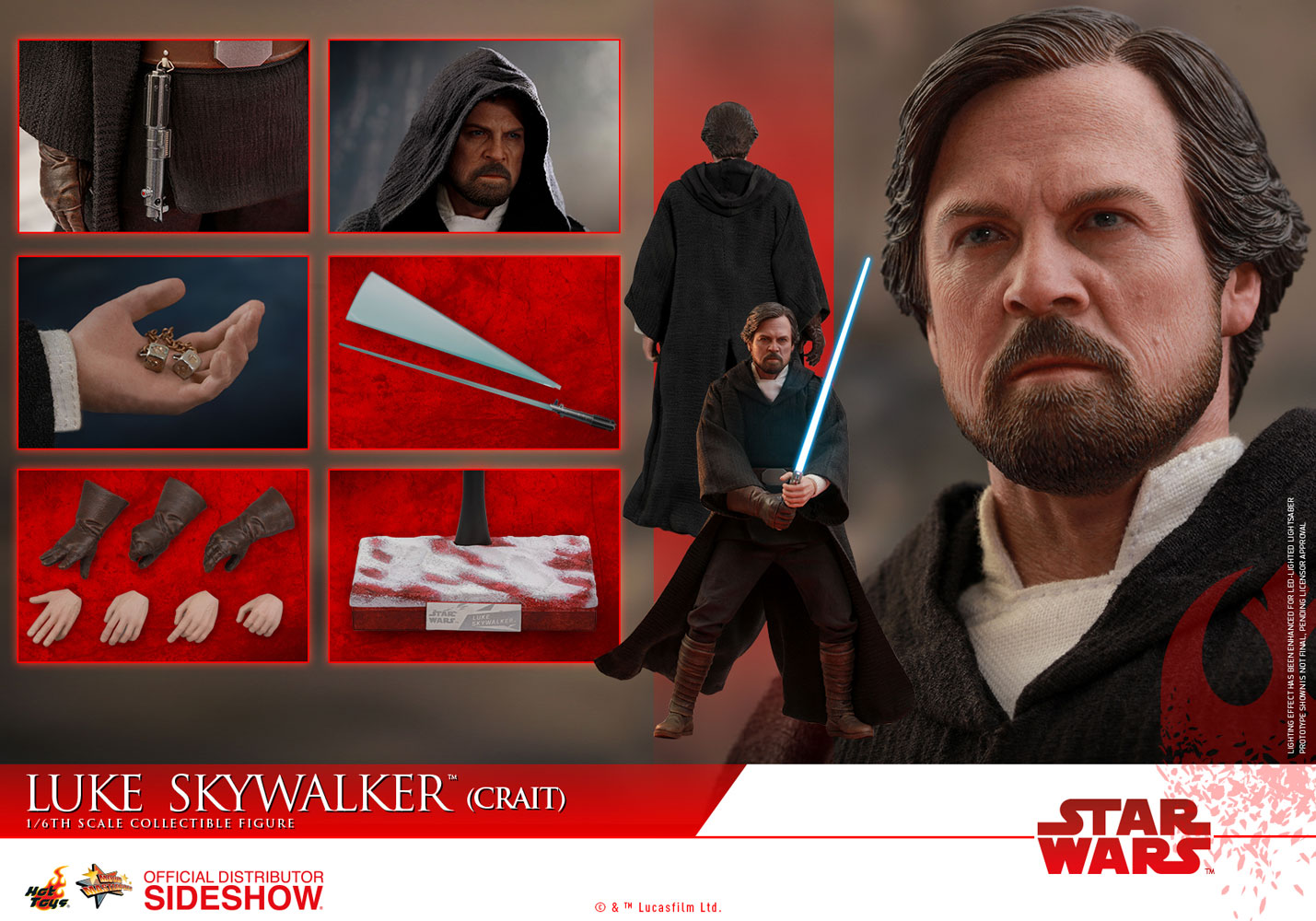 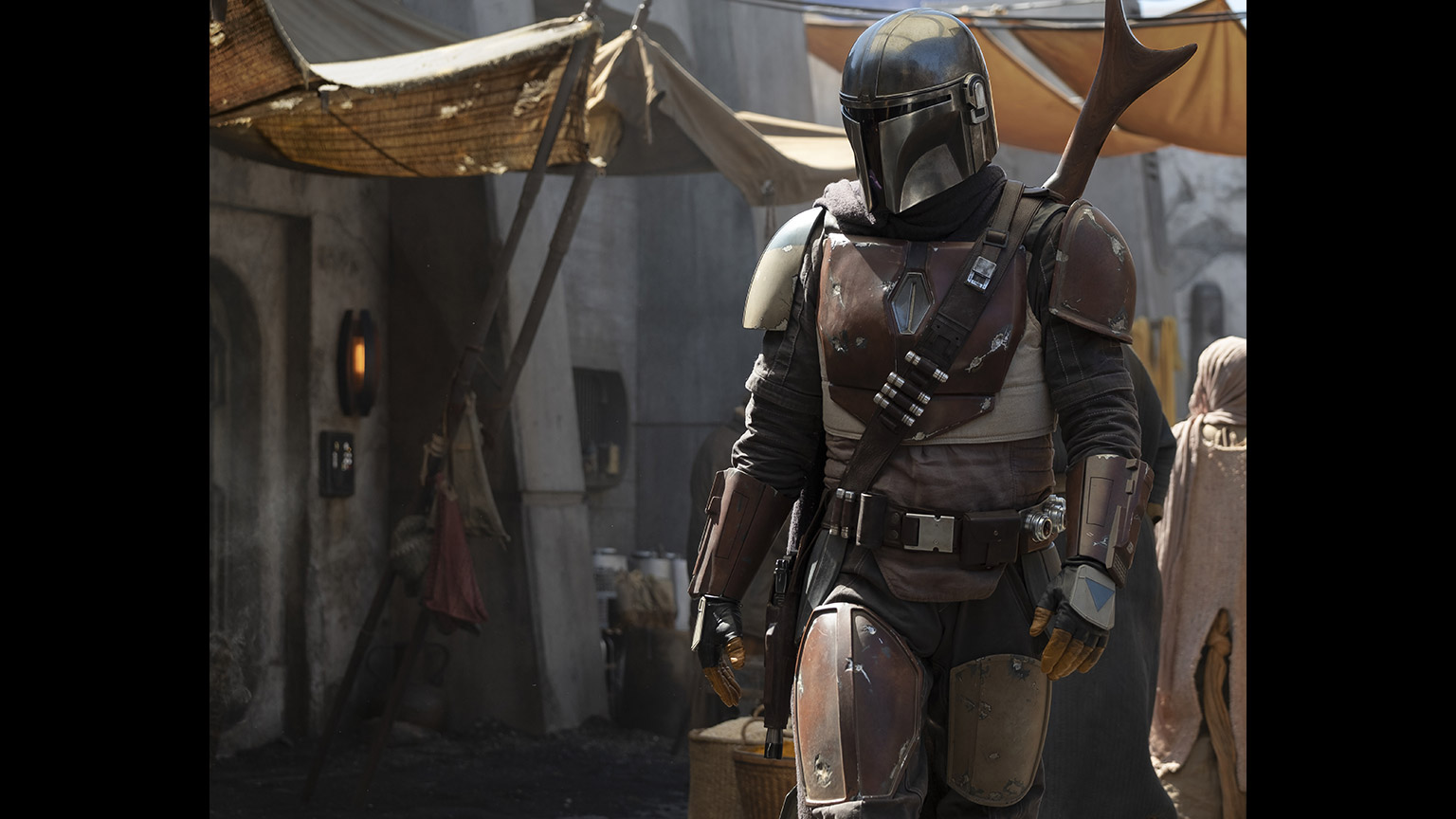 Haunted by Ben Solo’s fall to evil and convinced the Jedi had to end, Luke sought exile on a distant world, ignoring the galaxy’s pleas for help. But his solitude was interrupted – and Luke Skywalker had one final, momentous role to play in the struggle between good and evil.

Sideshow and Hot Toys are thrilled to introduce the new Luke Skywalker (Crait) Sixth Scale Collectible Figure as seen during his showdown with Kylo Ren on the planet of Crait in Star Wars: The Last Jedi!

The highly-accurate collectible figure is expertly crafted based on Luke Skywalker’s appearance in Star Wars: The Last Jedi. Featuring a newly developed head sculpt with incredible likeness, greatly detailed robed costume, LED light-up lightsaber, an interchangeable lightsaber blade emulating the weapon in motion, a pair of dice, and a specially designed figure base inspired by the unique environment of Crait.

This new Luke Skywalker collectible figure will be an extraordinary addition for any Star Wars Collectibles fans!

WHAT’S IN THE BOX?

An authentic and detailed likeness of Mark Hamill as Luke Skywalker in Star Wars: The Last Jedi

Each piece of head sculpt is specially hand-painted

One (1) beige colored under tunic

One (1) pair of black pants

One (1) pair of brown colored boots with weathering effect

One (1) blue lightsaber blade in motion (attachable to the hilt)

Item shown is a prototype. When shipped, the final production piece may differ in appearance.