Vampire Weekend played to a sold-out audience at Riverbend’s PNC Pavillion on June 15, 2019 in Cincinnati, Ohio.  The band played a variety of songs from their 4 albums and included a phenomenal encore cover of Crowded House’s “Don’t Dream It’s Over.” Opener Chicano Batman weren’t slouches as they predominately played selections from their album Freedom Is Free.  Photos for Vampire Weekend and Chicano Batman are below. 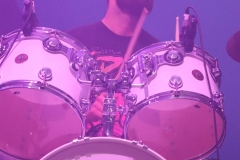 no images were found

It's about time... https://www.youtube.com/embed/FNMNytLQqR4 Red Fang have done it again. Celebrating the spooky...

The jangly guitars and reedy vocals of Ben Bridwell return on...

Dean Wareham Shares “As Much As It Was Worth It”

Dean Wareham shares the key track “As Much As It Was...

Dean Wareham Shares “As Much As It Was Worth It”

CHRIS STAPLETON PERFORMS “YOU SHOULD PROBABLY LEAVE” ON “THE TONIGHT SHOW”